Tradition has it that as a fisherman from Glossa was returning from fishing one night, he saw a light at the top of the rock. He would see it every night, until a woman appeared in his sleep and revealed to him that there is an icon at the top. When he climbed to the top, he found the icon of Saint John the Baptist.He took the icon, but wherever he transported it to, it returned to its original position, so that is where the chapel was finally built, celebrating on August 29. 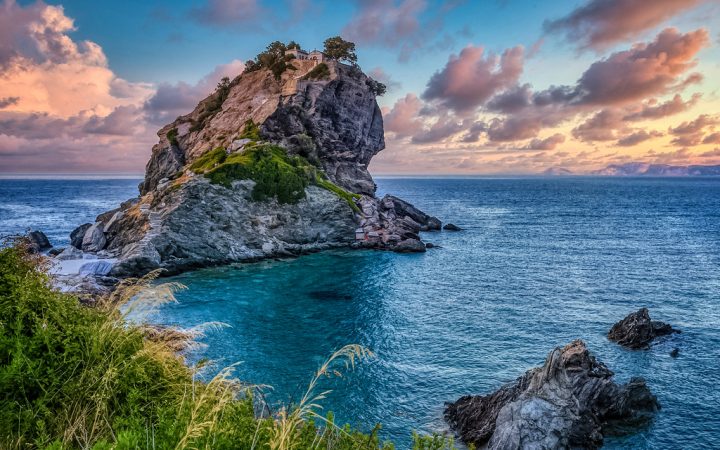 Come and stay with us!